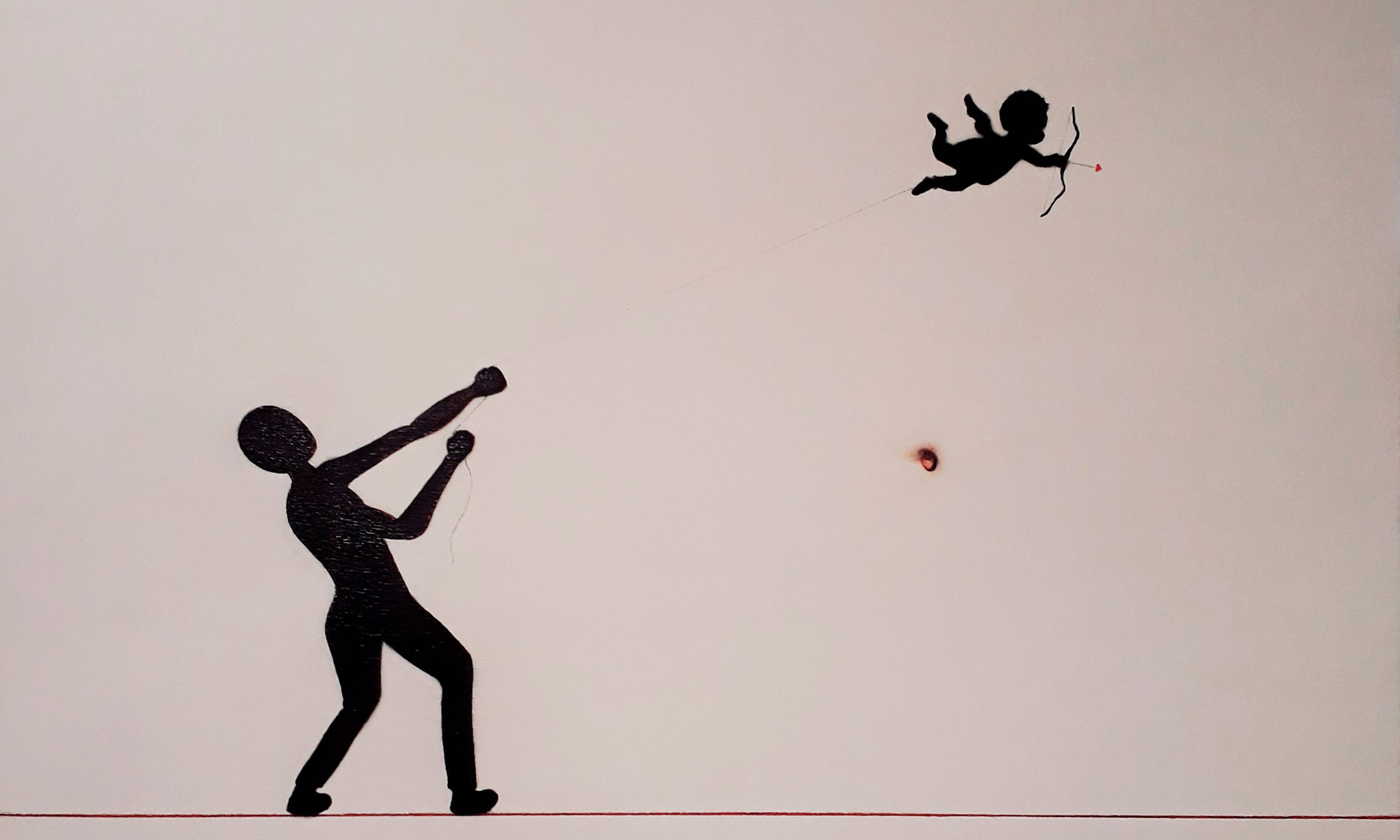 Fabio Monteleone began his artistic career towards the beginning of the ’80s with a great passion for photography, thus beginning an interior formative journey that gradually led him to combine works with the aim, those with painting. In 1997 he attended a drawing course where he became friends with the maestro Renzo Luna. The following year he opened his first art studio. In 2004 he attended a painting course at the “Lorenzo Lotto” Academy in Bergamo. His works are characterized by a continuous evolution that results in the use of different techniques. In addition to oil painting, it adds worked steel sheets, metal or nylon nets, ropes, enamels and bullets, thus giving originality and three-dimensionality to his paintings that he meticulously cares for.